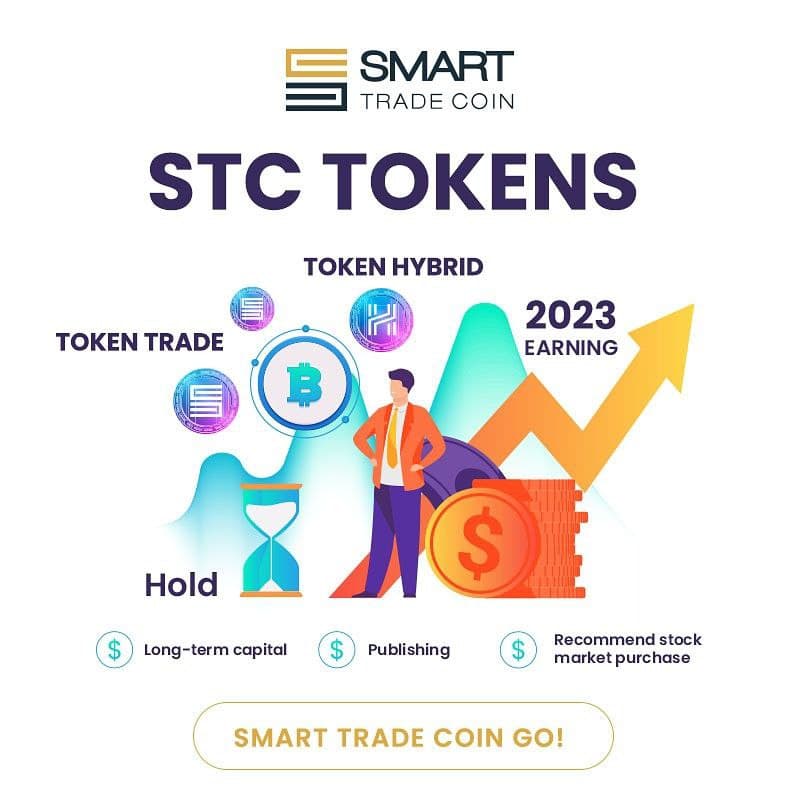 Token TRADE is now active on the LATOKEN exchange. This was a long-awaited moment that has become a reality. However, the end of the waiting period does not mean that the process has been finalized. Quite the contrary. The inclusion of TRADE on the exchange is just the beginning of a holistic and long-term investment.

Every cryptocurrency started in the same way. Many years of observation of the processes in this sector show that the most important factor in long-term crypto investments is patience and control over emotions when undertaking trading activities.

Bitcoin and Ethereum also started with little value. The first clear increase occurred in late 2017. At that time, the popularity of the crypto sector also increased significantly. However, skeptics claimed that such a situation would never happen again.
Today, the price of bitcoin is around $50,000.

Holding is the best investment strategy in the early stages of trading a particular altcoin. This is indicated by many historical charts. The initial phase may seem unattractive in terms of investment, but historical data shows that patience pays off.

Altcoin Stellar (XLM) has seen almost no growth in trading for over two years. However, despite this, the holders’ approach has proven to pay off, as along with favorable Bitcoin listings, XLM’s value has increased significantly. Currently, increases in value over 24 hours remain around 5%.

Also, a chart over the past year shows that Stellar’s stock price growth is stable. There is an increase in value at the turn of the 12 months.

Altcoin Ocean Protocol in its initial stage of trading did not exceed $0.2 for a long time. Despite episodic increases, the value has stayed the same.

Recent months are an exceptionally good time for this coin, which records a significant growth to the level of even about 1.5 dollars. The daily increase is about 3.5%. There is also a noticeable upward trend.

Bitcoin Gold underwent a very good debut in its initial phase. However, it took place in January 2018, which was during the first clear boom for Bitcoin and other cryptocurrencies. The following months have been a period of decline, but the investors who practiced holding are now contributing to the rise in its value. Daily increases are approaching 6%.

The last year has more than doubled the price of Bitcoin Gold, which is now around $30.

The above examples perfectly illustrate how important “holding” is and how important it is to be able to control emotions. Most cryptocurrencies started from scratch. Today, we live in an era where cryptocurrencies are beginning to be treated on par with traditional currency holdings. Many economists and investors argue that the crypto market is the future of the global financial system.

However, everything needs time. Some altcoins need more of it, while others need less. Keep in mind that it is very important to make rational decisions. As we mentioned at the beginning – crypto trading and investment is a long-term process, where both increases and decreases in the value of specific assets are possible. However, holding is the attitude that allows you to achieve real success.

TRADE token, by entering the exchange, began the process of long-term investment. We believe that in the future its value will increase significantly. But for this purpose, we need your support, consisting of resolute decisions and the ability to control emotions in moments of unfavorable ratings.
Thanks to common persistence we can achieve much more, and “TRADE” will become more and more popular.

This website uses cookies to improve your experience while you navigate through the website. Out of these, the cookies that are categorized as necessary are stored on your browser as they are essential for the working of basic functionalities of the website. We also use third-party cookies that help us analyze and understand how you use this website. These cookies will be stored in your browser only with your consent. You also have the option to opt-out of these cookies. But opting out of some of these cookies may affect your browsing experience.
Necessary Always Enabled
Necessary cookies are absolutely essential for the website to function properly. This category only includes cookies that ensures basic functionalities and security features of the website. These cookies do not store any personal information.
Non-necessary
Any cookies that may not be particularly necessary for the website to function and is used specifically to collect user personal data via analytics, ads, other embedded contents are termed as non-necessary cookies. It is mandatory to procure user consent prior to running these cookies on your website.
SAVE & ACCEPT